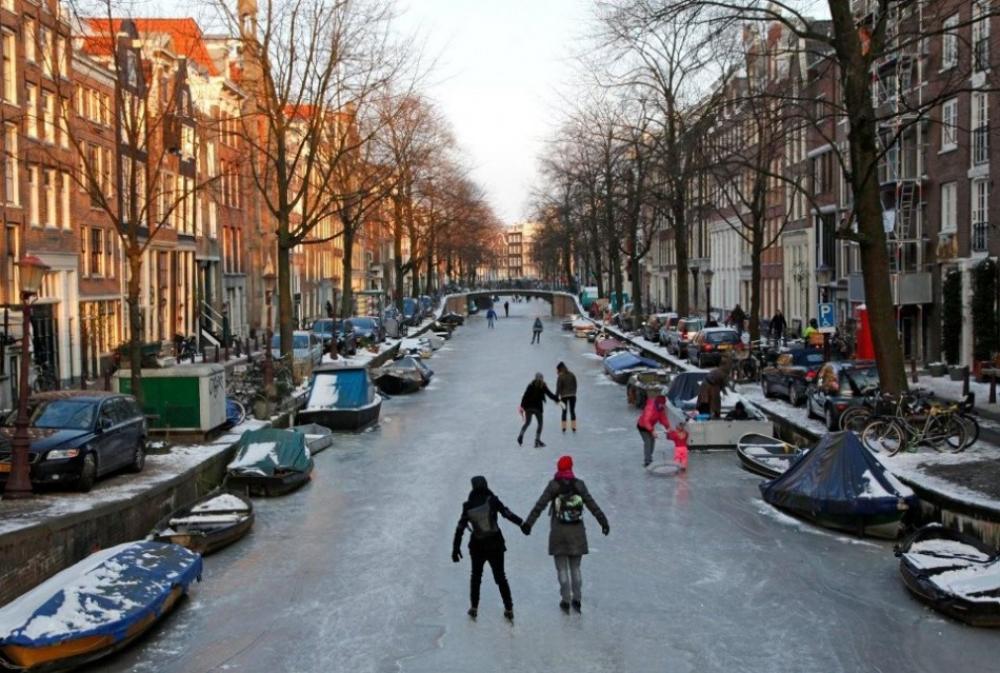 We did it — we have really moved to Amsterdam. More on that below, but we’re ending up 2012 the same way we started it, by spending the holidays in Switzerland with Sarah and her family. We claim her three beautiful daughters — Amelia, Isabel and Hallie — as our hanai (“adopted”) daughters but deserve no credit for the incredible young women they are. But claim away we do and we cherish every moment we can spend with them.

By the time we left Switzerland last January, we had pretty much decided to make the move from Hawaii to Amsterdam, and we spent much of the year preparing for that move. But we still had lots of places to go; in between our two visits to Switzerland in January and December of this year, we stayed in 29 different places, some for a night or two, some for a month or several.

On January 3rd we flew from Zurich to Boston, picked up our car (which had been stored by a friend), and drove back to the West Coast via the southern route — down the East Coast to Florida, all the way across the continent to Los Angeles, and north from there, visiting more family and friends along the way. Harrison went on to Seattle, while Sharene spent time with her sister Linda in California.

By March we were back in Hawaii, a few weeks in Honolulu then several months in Hilo. We spent those months downsizing our two lifetimes of accumulated personal possessions by about 50%. When we finished we were down to one 10 x 15-foot storage unit, the amount that would fit into a single shipping container and that we hoped would fit into a much smaller space in Amsterdam than we have been used to in the U.S. It was a tough and humbling exercise as we realized that things with so much meaning to us had little value to anyone else (although we were able to send some heirloom furniture to one of Harrison’s relatives). But as painful as it was, we got ourselves organized for our move halfway around the world. 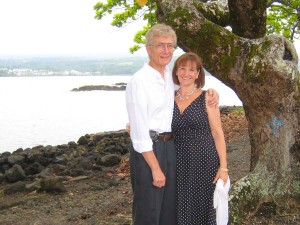 We celebrated our 21st wedding anniversary while we were in Hilo. We took this photo at the same spot where Harrison asked Sharene to marry him in 1989, long before we had any idea we would move to this part of Hawaii. It was a very special celebration knowing it might be the last time we were here.

We managed to play a little while we were in Hawaii. We saw lots of old friends and spent some time in Honolulu, Kauai, and Maui. One of the best times was when Amelia traveled all the way from Switzerland to spend 10 days with us; it was wonderful to have her to ourselves for so long. 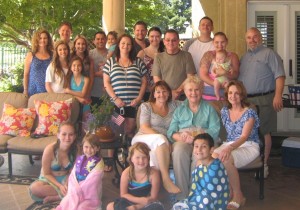 We also made two trips back to California, one for the beautiful wedding of the daughter of one of our best friends and one for a reunion of Sharene’s family. Spending time with close friends and family meant so much to us since our move to another continent was just around the corner. Sharene’s brother came out from Kansas City for the reunion on a picture perfect day at Linda’s gorgeous home.

Our New Life and Home in Amsterdam

We boarded our one-way flight to Amsterdam the last day of September and began our new adventure of living abroad! For those of you interested in the legal aspects of moving to another country, we are able to make our new home in the Netherlands thanks to the Dutch American Friendship Treaty. 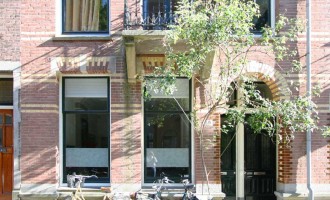 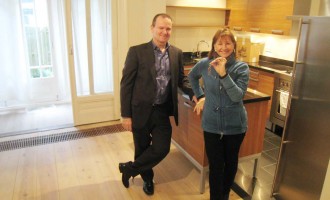 Sharene getting the keys
We had been following the real estate market in Amsterdam for almost a year, so within 72 hours of landing, we were out looking at properties. We had some specific requirements that needed to be met, and although we had seen many hundreds of properties over the Internet, there were only two that met those requirements during the entire year. One of those, Nicolaas Maesstraat 69-HS, was still for sale, and better yet, the sellers had recently lowered the price! We made an offer, it was accepted, and on the 5th of December we became homeowners of a beautiful apartment in the center of Amsterdam! The sellers had a set of 360-degree photos taken; we will have different furniture but you can get an idea of what it looks like [sorry, photos no longer available]. Our new home is two blocks from the Museumplein, a park bordered by several famous museums and the world-renowned Concertgebouw concert hall. Everything is reachable by walking, bike or tram so we are very happy! 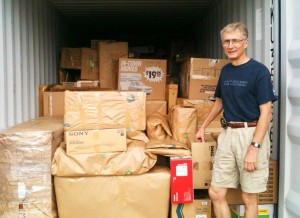 Our lives in boxes bound for Amsterdam

In early December Harrison flew back to Hilo to organize our move; the container is now on its way here via Seoul, Korea, and with any luck will reach the port of Rotterdam sometime in February. In the meantime we have a little (but not much) work to do on the new house.

We will have a guest room and a private bath (almost unheard of here) for our guests so just as we have always done, we extend a sincere invitation to visit us! It will never be as warm as Hawaii (and as you can see from the photo at the top, it does snow and get cold enough here in the winter for the canals to freeze over) but spring through fall is nice and during the summer it stays light until 10PM!

We continue to remind ourselves how fortunate we are to be healthy and living such full and amazing lives. We do our best to keep in touch with our friends and family and are so grateful for the hospitality that has been extended to us over the years. We love hearing from each of you (even if it’s just during the holidays) and we hope a visit to Amsterdam will be in your future so we can continue the fun! In the meantime, we wish everyone a wonderful holiday season and a new year full of good health and interesting adventures!

Totdat we elkaar weer ontmoeten (until we meet again!)