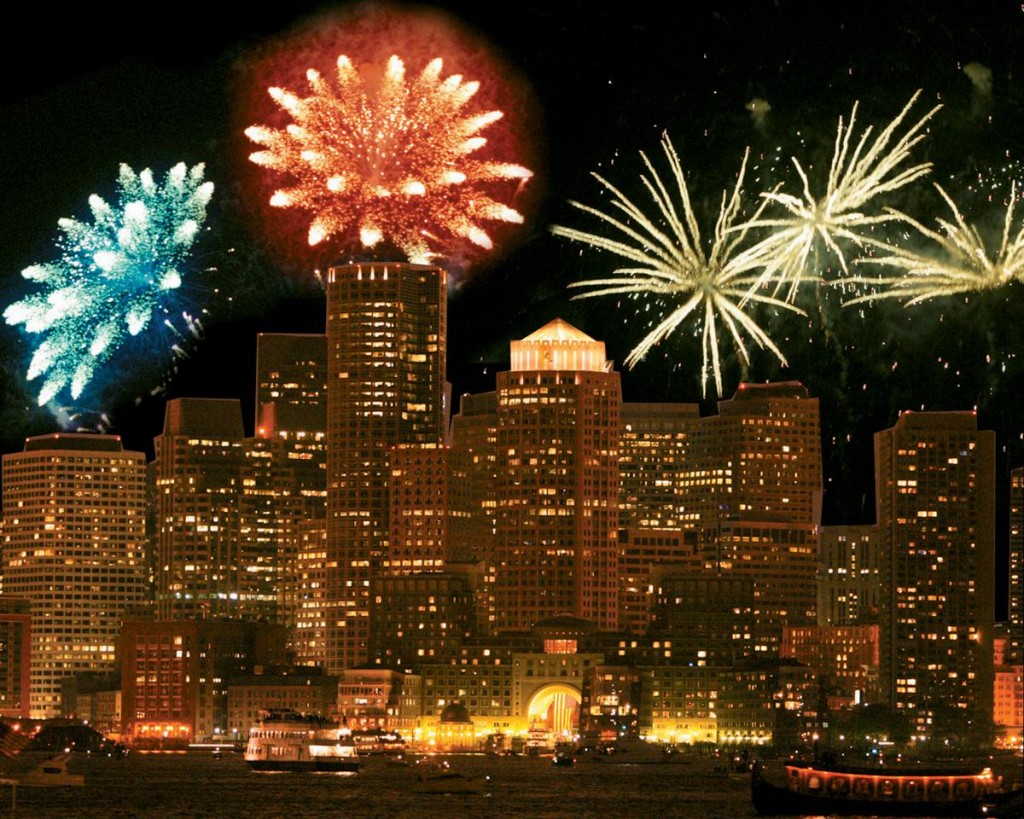 There’s no more exciting place to be in the US on the 4th of July than Boston, and what a fitting way for us to end our “USA TOUR.” This is a city that celebrates the birth of our country in style! We’re staying a short distance from where the Declaration of Independence was read for the first time, a couple of blocks from Paul Revere’s house, and near the historic Freedom Trail, so we see a lot of tour guides dressed in period costumes walking around. There will be a lot of Star Spangled Banners, Yankee Doodles, and 1812 Overtures playing over the next few days. The fireworks started on Thursday and will continue until the big finale on July 4th with the live nationwide telecast from the Charles River Esplanade of fireworks accompanied by the Boston Pops. We decided not to share that special event with 800,000 of our Boston neighbors on the Esplanade and opted instead to go up to the rooftop garden of our apartment building and watch the festivities from there. In the meantime, even though we’re packing up, we’ve tried to make the most of our last week here in New England. 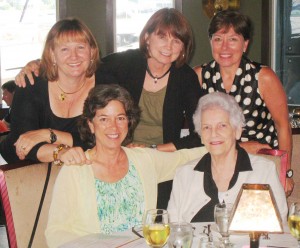 One nice thing about living on the East Coast is the ease of traveling to another state. Maine is just a quick drive from Boston, so while Harrison stayed in Boston, visited MIT one last time, and did some consulting work for our old company, Sharene got together with her best friends Cathy and Kate (from San Francisco) and Ann (from New York) to stay at the home of Kate’s mom, Fran. Fran is a cribbage master and a beautiful, lovely lady who welcomed the four into her home in Saco, Maine. Kate, whom Sharene has known for almost 20 years, was raised near Boston, and Sharene only associates her with New England and San Francisco. Imagine Sharene’s surprise when Fran greeted the girls with a lovely, gentle, southern accent and Sharene found out she was a southern belle from Atlanta GA! Where did this come from? Kate has southern roots? Goes to show that even your best friend can surprise you! As always, the girls played lots of cribbage, had lots of laughs, and loved listening to Fran’s lilting, soothing southern drawl. They took a drive and saw lighthouses and sailboats, and they ate at the famous Lobster Shack on Two Lights Road, which has been around since the 1920s. (They all agreed, the onion rings were worth the trip!) 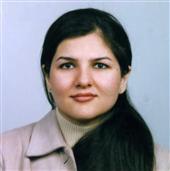 One benefit of graduating from a great university is the ability to meet and sometimes mentor talented recent graduates. Harrison got an email a couple of weeks ago from Dori, a young Iranian woman who just finished her degree at MIT’s Sloan School of Management. Her career interest is in tourism and hospitality, not a common focus of MIT graduates, so when she saw in the alumni database that Harrison was in Hawaii and involved with tourism and hospitality, she emailed him for some career advice. She still lives on the MIT campus, and when she found out we just happened to be in Boston for the month, she invited Harrison to lunch, and they spent a couple of hours at Sloan talking about her fascinating life and her past and future career. Dori studied engineering in Iran, founded and ran a management consulting firm there for 10 years (yes, they have those even in Iran), then came to the US to get a City Planning degree from Rutgers University and now her masters in Strategic Management from Sloan.

Talking with someone from Iran is enlightening, because many Americans stereotype Iran as a desert sheikdom run by radical Islamists out to destroy America, not to mention any of their own people who disagree with them. As with most stereotypes, the truth is far more complex. The vast majority of Iranians live fairly typical lives going to work or school, living in modern housing, and spending time with family and friends in what is, in many places, a very beautiful country. Many of them strongly dislike their leaders just as many Americans sometimes strongly dislike our own, and they aren’t taken out and shot. They’re really not so different from us, and it makes you wonder, to paraphrase Rodney King, “Why can’t we all just get along?” 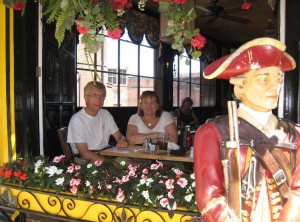 Harrison and Sharene having lunch in downtown Boston at the Green Dragon Tavern, established 1657… NO KIDDING!!!

Our month here in the North End has gone by way too fast, but it’s been a wonderful time. Sharene has fallen in love with Boston and Harrison has been able to see it with a new appreciation; Boston was pretty gritty back in the ’60s and ’70s when he lived here as a student. Staying in a beautiful apartment hasn’t hurt, either.

We leave Boston on the 6th for Switzerland where we will stay with our dear friends near Zurich for the next couple of weeks before going on to Amsterdam for an extended stay. Our “year of being homeless” continues to unfold in amazing adventures and we’re pretty excited about Part II.

Thanks again to everyone who made Part I of our trip so much fun and to all of you whom we get to share it with each week. Have a wonderful, safe, fun 4th of July and we’ll check in from Europe as the journey continues!!

P.S. A number of you have asked us who writes these updates and how. Actually, we don’t write them ourselves — they’re ghost-written by Garrison Keillor, which is why they’re so incredibly amusing and well-written! Just kidding!! Seriously, Sharene usually starts them… she can take a blank page and fill it up quickly with all sorts of interesting stuff, and she’s in charge of the camera so she looks over our photos from the past week to remind her what happened. Then Harrison takes over as editor, wordsmithing until it seems fit for publication. By the time you read them, they are truly a team effort and it’s often impossible to say who’s responsible for what. We’ve received a lot of comments about how much goes on each week, and we’ve surprised ourselves with all we have to write about. We often feel they’re too long even after we leave out some pretty interesting material. But we’re glad you seem to like them, or maybe you’re just too tactful to take your name off the list!