Some of you (very astute) friends out there will notice today is Thursday, not Sunday, and that we missed our regular Sunday programming this past week. Well, I was in San Francisco having way too much fun this past weekend and just got back to Seattle last night, while Harrison stayed here in the Northwest visiting some (more) of his old friends and seeing some fun musical events.

We started out the week by having lunch in Tacoma with three beautiful young ladies: Laurel and Brianne, the daughters of our dear friends Rick and Maggie, and Brianne’s daughter Kate. We had a great time catching up; Laurel is an occupational therapist, Brianne is a lawyer specializing in estate law, and Kate is just cute and soooo well-behaved! We did feel a tad old since Harrison has known Laurel and Brianne since they were Kate’s age! 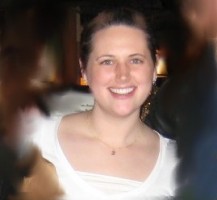 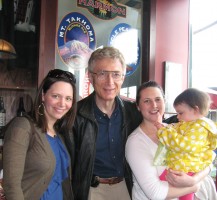 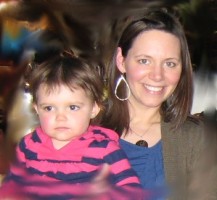 Most of you know that I have three best friends with whom I travel each year; two are in San Francisco, one in New York. Each year we save and plan for one special trip; however this year Ann from NY and Kate from SF and I planned a surprise for our friend Cathy (also from SF) for her birthday. (We’re calling it her 59+ birthday!) Kate told her she was taking her away for the weekend, but much to her shock, Ann and I showed up at the hotel in Napa! Yes, that IS a tiara she’s wearing; it says BIRTHDAY PRINCESS on it and that photo was taken just moments after we walked in the door. 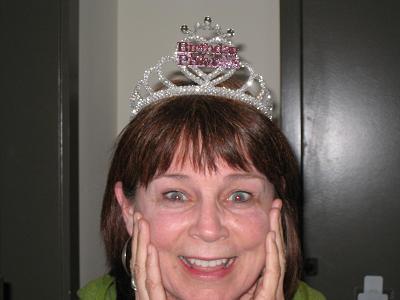 The surprise weekend continued with a spa day at one of the fancy wine country resorts, lots of laughs, and for you cribbage fans, a few amazing hands of cribbage. Ann got three 5’s and a 10 dealt to her, with a five as the upcard!!! We had to call the cribbage masters in Hawaii to help us count it! It was the second highest hand you can get in cribbage and a hand we had never seen before… and may not again! Below are photos of us before our massages… and then dressed up to go to dinner, which came complete with a Sommelier (a wine steward) which was a bit lost on us. We would have been happy with a simple bottle of wine; he could have skipped the acidity, bouquet, and if it was musty or oaky… but the guy was cute. 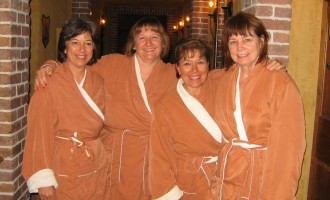 Ready For a Massage 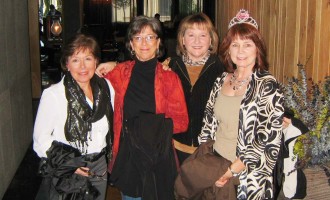 The celebration didn’t stop after we got back to San Francisco. Kate put on an amazing dinner party for Cathy and invited all of her interesting women friends… to say that Cathy (all of us, really) felt special was an understatement. It was fun for me on another level: Cathy lives in my old flat near the Haight-Ashbury area of the city. I rented it for about four years when Harrison and I were dating; when we got married in 1991, Cathy moved in. So for me, it’s like ‘going home’ when I stay there. Brings back lots of fun memories….

Harrison stayed busy while I was off having fun with The Girls. In our continuing effort to bring the film Taylor Camp to a wider audience, he showed the DVD to friend and Seattle film critic/writer/journalist Steve Reeder, who had some useful comments. Harrison also went to a Tacoma Symphony concert with Rick and Maggie and saw Deborah Henson-Conant, the Hip Harpist. Check out these YouTube videos to see a harp played as you probably have not seen it played before. (If there is such a thing as a Blues Harpist channeling Jimi Hendrix… she’s it!)

We’ll get back to our regularly scheduled programming this Sunday as we are officially now in Week 9 of 52 and our time in Seattle will come to a close pretty soon, but not before we have a very busy and fun few more weeks ahead. We continue to be in awe of how many people ask to receive our weekly update; as one friend told me this past weekend, “there is so much bad news out there, it’s fun to hear that someone is really living their dream….”

This coming Sunday you’ll hear about meeting up with Swiss friends, seeing some old friends who live in an amazing Victorian, and we’ll throw in a Barbershop quartet just to keep things interesting…!