Where America Began and Georgia On Our Minds 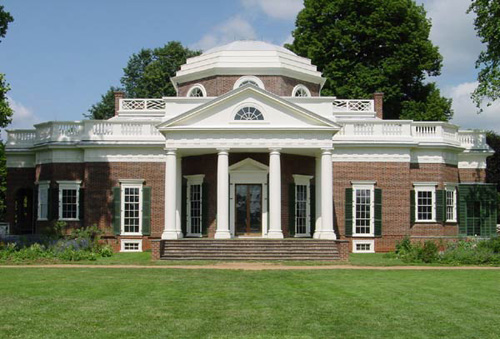 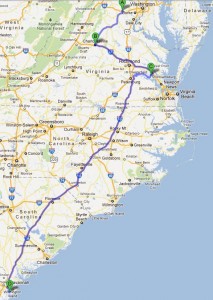 Our route from Virginia to Georgia

Our route back to the West Coast isn’t exactly the most direct, but it gives us new territory and people to visit and it’s a lot warmer than the northern U.S. this time of year. We headed south from the Washington, D.C. area this week and have been immersed in American history at several colonial sites and further south in coastal Georgia.

Our first stop was Charlottesville, Virginia, to see our friend Ronna and visit Thomas Jefferson’s home, Monticello (photo above). Sharene and Ronna worked together in the gold rush days of the dot-com world and even though neither “struck gold” there, they had a lot of fun. Ronna’s home is a 10-minute drive from Monticello so off we went to take a tour. One of the greatest fathers of our country, Jefferson was the principal author of the Declaration of Independence. He was also a true Renaissance man, credited with saying, “There isn’t a single blade of grass I’m not interested in.” His home, which is now a historic landmark estate, is filled with books, art, historical artifacts, and many amenities that were state-of-the-art in the 1700s. He is still referred to here as “Mr. Jefferson.”

From Charlottesville we headed to Williamsburg, site of the settlement that was the capital of colonial Virginia for much of the 18th century, where Dave and Dorothy welcomed us to their beautiful home. Dave and Harrison worked together at KING Radio in Seattle in the 1970s. If Ronna and Sharene thought they had fun at the dot-com, it was nothing compared to working at a rock ’n’ roll radio station in the 70s! Dave will be retiring at the end of this year after a long career with IBM, and Dorothy is working hard but not having as much fun as she would like at a small software company.

Dave took us on tours of Williamsburg as well as nearby Jamestown, the first permanent English settlement in what is now the United States. It was fascinating to see the humble beginnings of our country, especially since we have seen so much of Europe’s history this past year. The biggest surprise was seeing how small the ships were that brought these first immigrants across the Atlantic, a reminder of how comfortable our lives have become. 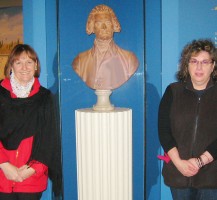 With Tom and Ronna 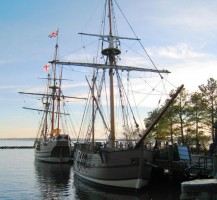 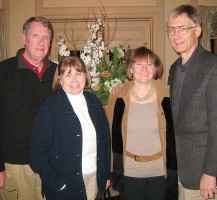 With Dave and Dorothy

After a long drive from Williamsburg, we landed in Savannah, Georgia, on the steps of the gorgeous home of Harrison’s cousin, Beth, and her husband, Bob. It’s true what they say about southern hospitality; we were given our own suite upstairs overlooking the golf course and personal tours of historic (and charming) Savannah and the surrounding areas, including Tybee Island.

A favorite book set in Savannah (so popular, people around here just call it “The Book”) is Midnight in the Garden of Good and Evil. Published in 1994, it was on the New York Times bestseller list for 216 weeks! Clint Eastwood made a movie of it in 1997 and shot much of the production in the Mercer-Williams House where the story took place. So our hosts took us to the house and rented the movie for us to watch!

Savannah is a beautiful city with 23 squares (small parks with statues and fountains) and amazing architecture in the historic district. We toured the Green-Meldrim House where General Sherman based himself after taking Savannah in 1864 during the Civil War. Sherman must also have been charmed by this gentle southern city since he was kind enough not to burn it down when he left, unlike Atlanta and others in the South.

Beth and Bob live on Skidaway Island surrounded by lagoons, wildlife, and yes, even alligators! We did see lots of birds and deer during our stay, but no scaly critters and that was just fine. Once again the weather gods were good to us with blue skies every day. 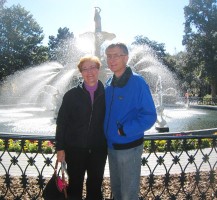 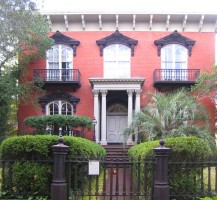 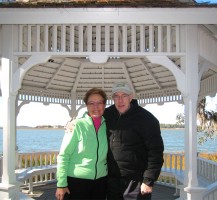 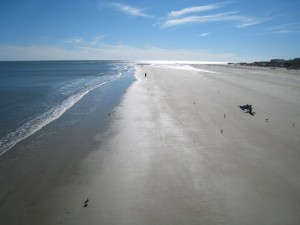 Savannah’s Beach on Tybee Island — it’s not Hawaii, but it’s beautiful all the same

From Savannah we drive south to the Florida panhandle, where we turn right and start heading west across the country.

We’re on the countdown now… we hope you’ve enjoyed our weekly updates but, if not, you only have a few more editions left, and so do we!

A hui hou and as they say here, see y’all later!