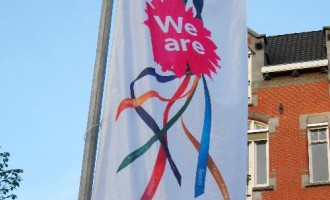 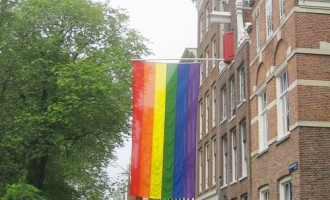 Another fun and interesting week in this amazing city. Although many of the locals leave to go on their annual August holiday, the city fills up with hundreds of thousands of visitors coming in for the biggest Gay Pride celebration around (even bigger than San Francisco, we think). Banners throughout the city, starting at the train stations and airports, welcome all who come to take part in the festivities. The entire city embraces this week with signs everywhere. Businesses and museums offer special events, the gay men’s choruses give a free performance, street parties abound, and then comes the crowning event: the grand canal boat parade! Over 60 wonderfully decorated boats float down the canals through the center of Amsterdam (is this where they got the name “floats”?) accompanied by loud pulsating music as about 250,000 spectators cheer from the adjacent streets. Throughout it all, you feel the hospitality, tolerance and pride from people of all shapes, sizes, colors and backgrounds having a good time and sharing in the celebration of personal freedom. You gotta love that. 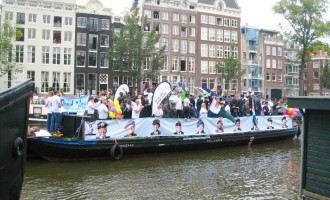 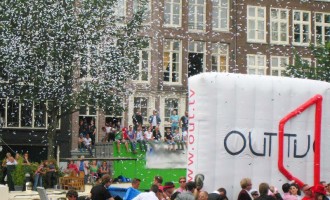 No other city in the world takes a more tolerant or progressive attitude toward homosexuality and other personal freedoms than Amsterdam, surely the “gay capital of Europe” and for many years the gay capital of the world. A’damers are tolerant and progressive in many areas but in sexuality they are way ahead of the curve. Not only do they strive to give the gay community a separate voice, but they seamlessly accept gays and lesbians into their everyday lives and give them the same rights and benefits as heterosexuals with little controversy. They not only see but support what’s in front of all of us: many of our policemen, medical professionals, businesspeople, and soldiers — brothers, sisters, aunts, uncles, friends and co-workers — are gay. So each year when they publicly recognize this branch of humankind, they end the week with a huge canal boat parade where they invite locals and visitors alike to come out and celebrate the diversity not just of homosexuals, but of people.

How boring it would be if we were all the same! The gay community is generally very colorful and a lot of fun, and this year’s parade did not disappoint! Some boats had political messages, many boats were sponsored by businesses showing their support (YouTube had one of the more colorful entries), and some were just plain fun, like the “Priscilla Queen of the Canals” boat. Representatives of the Dutch military showed up in full uniform bearing PROUD TO SERVE and DO ASK DO TELL banners. Boats full of police and paramedics, Christian and Jewish supporters, and representatives of the Dutch government followed right behind them.

Enjoy the photos, and to all our gay and lesbian friends and family… you would have been proud to be here; there was a lot of love and support and people in pink in this unique city this past week. 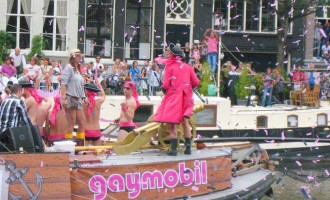 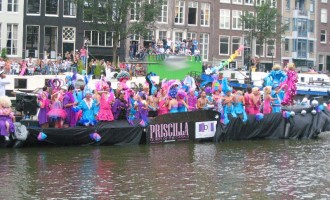 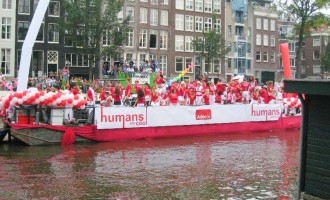 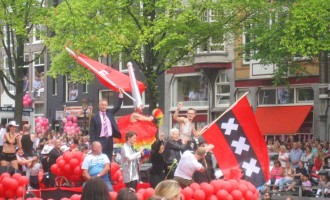 Besides participating in the Gay Pride festivities this past week, we rented bikes and rode about 32 kilometers (just 20 miles but kilometers makes it sound farther!). We are doing our best to take in all that Amsterdam has to offer. We spent most of our time riding in the Dutch countryside but got back to the city just in time to experience “bike rush hour”… sort of like a 15-minute E-Ticket ride at Disneyland (they probably don’t have those anymore, do they?)! No photos of that adventure; that would have been courting instant death!

Until next week, a hui hou and tot straks!Sharene and Harrison