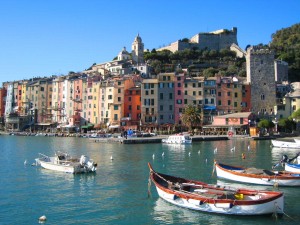 After 45 weeks of travel, we weren’t sure Italy could really be as picturesque as everyone told us. After all, we came from Hawaii, spent time gazing out at Puget Sound in the Pacific Northwest, hit many scenic highlights across Canada and the northern U.S., landed in perfect Switzerland where we were surrounded by Alps, lived in scenic Amsterdam, and were amazed by monumental Prague.

However, after touring the Italian countryside for the past few days, we have to agree, Italy is spectacular! Florence and Tuscany didn’t disappoint us (more on them below), but on our final day we looked at our map and decided to drive just outside Tuscany into the region of Liguria, where we discovered some amazing Mediterranean coastal towns including Tellaro at the top of the page and Porto Venere at right. We hadn’t seen the sea since last June and forgot how much we love that combination of ocean and hills. We were also very lucky to have a beautiful sunny day with clear skies (on December 19!) to enjoy these special places.

Seeing an ocean wasn’t the only thing we hadn’t done in six months. We actually rented a car… the first time we have driven since June 4th! Actually, Sharene drove because Harrison navigates, and getting out of a big, old city with narrow streets like Florence and avoiding crazy Italian drivers is no easy task. But once we were out, we had a great time exploring the smaller villages of Italy. We love the big cities and traveling by train, but when you have a car you can really have fun on the back roads and discover out-of-the-way places. 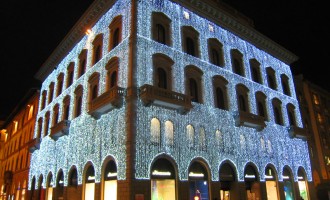 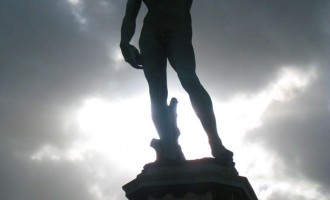 Our time in Tuscany began in Florence, its capital and the birthplace of the Renaissance. The place is nirvana for lovers of Renaissance art and architecture, but after seeing so much of that in our travels over the past six months we suffered a bit from art and architecture overload and limited ourselves to a few of the most famous buildings and art collections. Perhaps the most famous sculpture of all time is Michelangelo’s David, and it’s so popular that Florence has three! The original, created between 1501 and 1504, stood in the public square Palazzo della Signoria but was moved in 1873 to the Accademia Gallery where it’s now more secure and out of the weather. The original location now has a replica, and there is a copper replica in Michelangelo Square overlooking the Florence skyline. 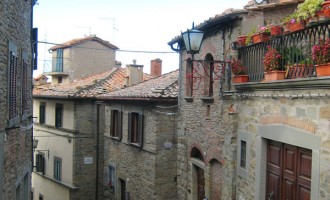 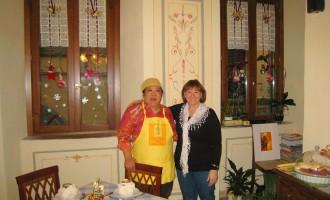 After renting the car, our first night was in charming Cortona, a old city built around the 13th century. The fantastic B&B we found was built MUCH later… in the 15th century! Casa Chilenne was a wonderful experience and Jeannette Wong, the innkeeper, is originally from San Francisco! Her hospitality reminded us that B&Bs really can be a much richer experience than a hotel; we highly recommend her inn and the town. 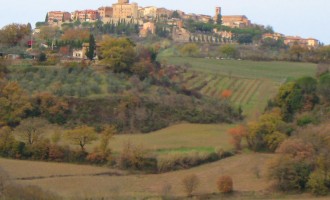 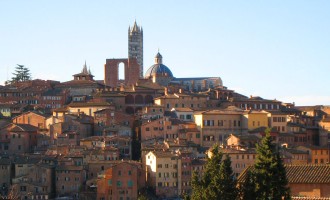 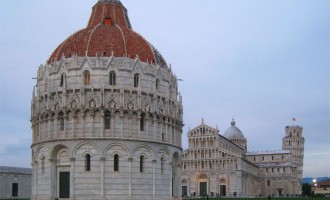 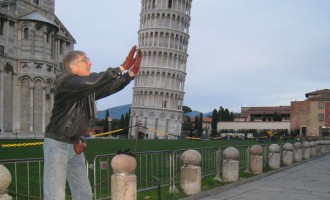 The upper two photos above were typical scenes we came across as we drove through Tuscany. Rows of grapes and olive trees everywhere — this vast area makes Napa Valley look like a modest roadside stop — guarded by ancient walled villages on the hilltops.

The lower two photos are of the Torre Pendente, the Leaning Tower of Pisa, and of course no trip would be complete without this popular photo op! 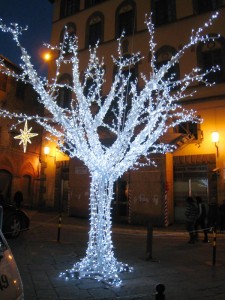 Even though we had lots of sunshine and clear skies for our visit to Italy, everywhere we went we knew it was Christmas! Every little town and village has lights and trees decorating the streets, especially in the walled villages with town squares. Very beautiful to see but they simply cannot be captured by photos.

We thought this tree was especially festive, and since our next newsletter won’t be until Christmas Day, we will take the time here to wish each of you a magical and peaceful holiday week, which we hope you can spend with loved ones.

We cherish every one of our friends and extended family and it’s been an honor to share our journey this year with you.