Great Times in the Northwest 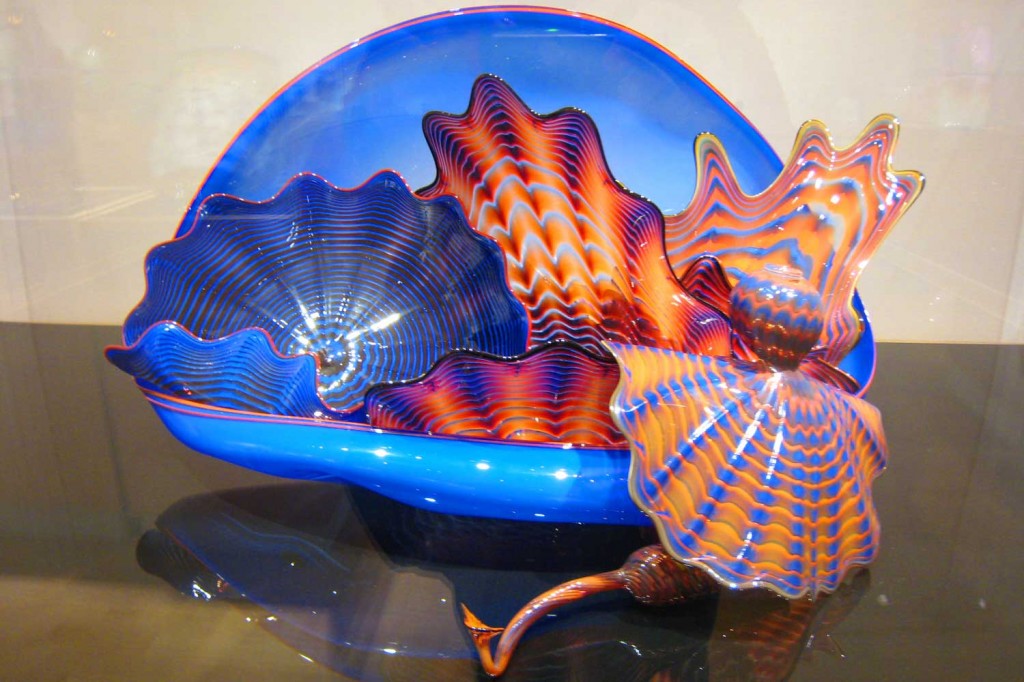 Here we are in Week 10 and we’re still having a great time in the Northwest.

We started the week out by going to Gig Harbor (near Tacoma) to see our good friend Rick (see Week 6). Rick had an unfortunate accident this past week; he slipped on some mud, fell, and before he knew it, he was being wheeled into surgery and is now the proud owner of a brand new hip! Rick, in typical fashion, is in good spirits but this is one more reminder of how life can change in an instant. Oh did we mention his wife and his daughter were suppose to go to Maui the next day? The good wife and daughter they were, they opted to stay with the patient instead; that’s the true meaning of ALOHA. 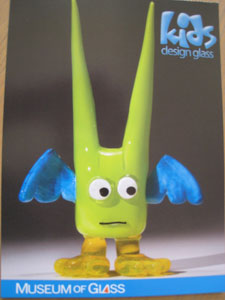 Since we were in the Tacoma area, there were two places on our Must See list. First, the Museum of Glass. Truly incredible. Of course the glass sculptures and objects show immense creativity, color and grace, and leave you scratching your head as to how these pieces of art are actually made as you can see from the photo above as an example. But then you go to their HOT SHOP where you watch them work; these are not staged demonstrations, you really watch the team making items with the molten glass. Fascinating. The best part by far, though, was seeing the Kids Design Glass Collection. This is where kids can use their imaginations and submit their sketches of animals, plants, or anything they can think of, and the Hot Shop Team turns their designs into a piece of glass art, staying true to the child’s drawing. There were dozens on display, the glass sculpture alongside a photo of the child’s art. 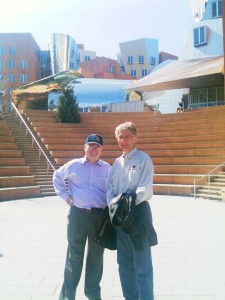 Next, at Tacoma Art Museum (TAM) we were lucky enough to catch a traveling exhibition of Norman Rockwell’s work. No photos here for you (they were prohibited) but it was a lot of fun to see every one of the hundreds of his Saturday Evening Post covers displayed with many of his larger works. What an American icon and a lot of his art is so clever and whimsical.

Harrison left for Boston on Friday to attend the 50-year anniversary celebration of MIT’s student radio station, which over the years has had the call letters WMIT, WTBS (which Ted Turner bought), and most recently WMBR. He spent many hours there (probably too many!) when he was a student. While at MIT he saw Alan, a long-time friend from Buffalo, NY, who was a close colleague at the station. They’re in front of the Stata Building at MIT, which has an unusual design by Frank Gehry. He gets back to Seattle on Tuesday. 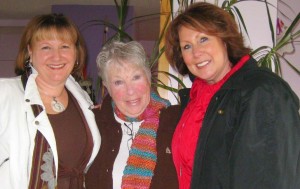 While Harrison was on the East Coast, Sharene’s long-time friend Jeanne from Santa Cruz came up to spend the weekend. They had a great time seeing some of Seattle’s sights and then took the ferry over to Whidbey Island to hook up with Bev. Jeanne, Bev and Sharene all worked together at Bank of America (about 100 years ago!) so it was fun to get together again. Jeanne and her husband are real estate agents in Santa Cruz (where they donate 10% of their earnings back to the schools… how cool is THAT?). And Bev was with us (Harrison and Sharene) on our second date back in 1986! 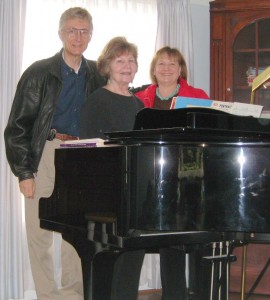 For those of you who knew Phil Harper, a radio DJ for many years in Seattle, you’ll remember him as someone who lived life large and who was a booming personality. Phil passed away in 2004, but we met up with Judy, his wife of 25+ years at her Queen Anne home. Judy is happy, healthy, and yes, that is her not-so-baby grand piano! It was great to catch up with her.

We sure have had a wonderful time in Seattle; only two more weeks here and we’ll hit the road to start traveling by car across Canada and the US until we get to Boston (just in time for MIT’s 100th Anniversary!). But we still have a few more fun things on our bucket list to do while we’re here. Thanks to everyone for the positive feedback on our weekly travelogue. Sorry if we’re a little long winded; doesn’t look like we would be very good Twitterers, and that’s probably just as well!