Have Eurail Passes… Will Travel 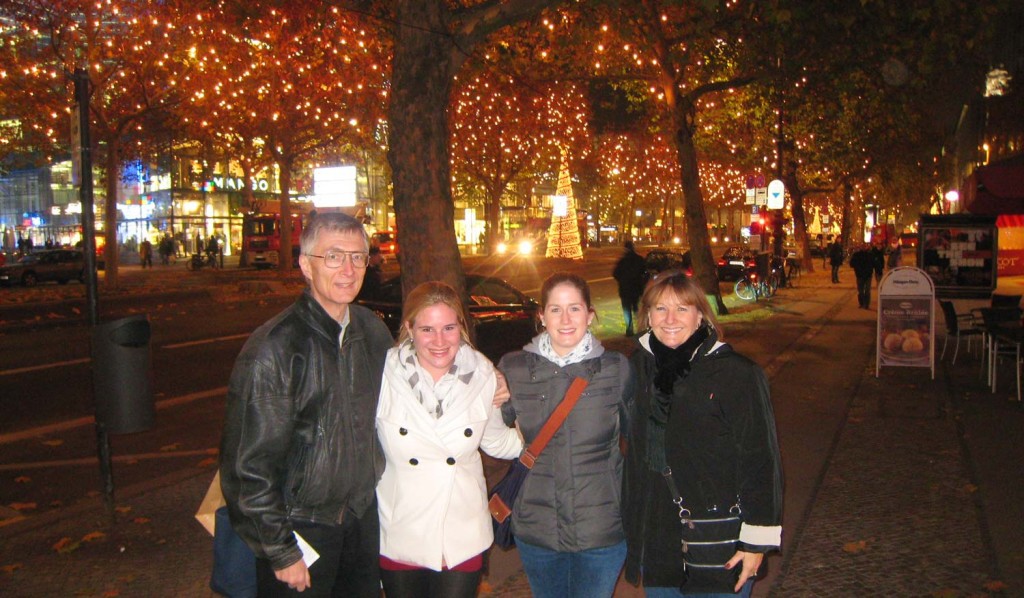 We’re down to two medium-size suitcases and a carry-on for the rest of our time here in Europe. Packing clothing for a year-long adventure in all different seasons, plus our large laptops and what we need to manage our properties and pay bills, was no easy task. But we have twisted and turned where necessary, and at this point we have personal belongings in Hawaii, Seattle, Switzerland and Amsterdam! Now we only have what we can carry and, although this is the season for Christmas markets throughout Germany (and other parts of Europe), we have NO room to buy anything! 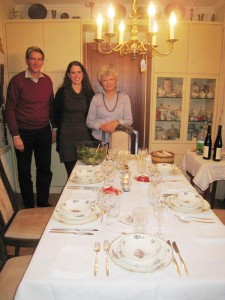 The first stop on our multi-country trip was Oberursel, Germany, just outside Frankfurt. There we visited relatives of our dear friends Rick and Maggie from Gig Harbor, Washington. We met them a number of years ago when they, along with Rick and Maggie, were guests at our home in Hawaii. Now here we are, halfway around the world, being wined and dined in their beautiful home.

Inge-Lore and Paul, their dazzling daughter Franziska, and her very British boyfriend Michael were wonderful hosts. They served us a traditional German meal on an elegantly set table complete with a perfect autumn desert made from chestnuts! A wonderful warm welcome on the first night of our “European tour.” 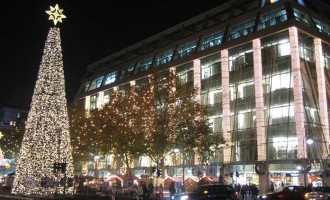 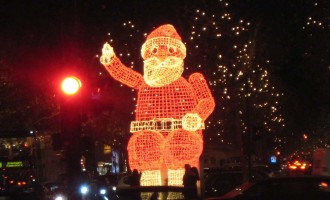 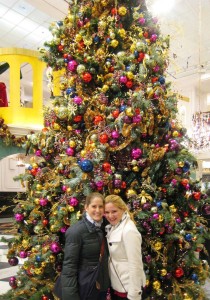 We arrived at Berlin’s main railway station Tuesday evening, and who was there to surprise us with a big smile and arms spread in a TA-DA! move but Hallie, one of our lovely and talented “adopted daughters” from Switzerland! We knew she was at a conference in Berlin but hadn’t expected to see her until Friday… wow, were we surprised!

We met Hallie’s friend Madlaina and the four of us went to see the holiday lights lining the Kurfurstendamm (the Champs-Elysees of Berlin). Our photos don’t capture the millions of lights on the trees and around the buildings or the hundreds of kiosks that make up the Christmas markets. Street musicians play holiday songs and where there aren’t street musicians there are speakers, so the music is everywhere. Walking along the Ku’damm is a festive and fun way to catch the spirit of the season. 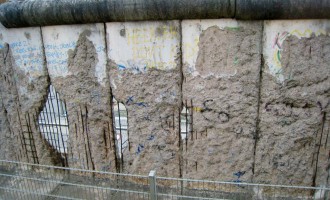 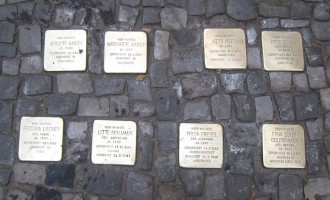 On the opposite side of “festive” is the tragic (and not-so-long-ago) history of Berlin: World War II, the division of Berlin, and the Wall. We took walking and bus tours and were reminded once again (as we have been so often on this trip to Europe) of the Holocaust and its aftermath. You see evidence of all those terrible events everywhere, including the photos above showing a remnant of the Berlin Wall that separated East and West Berlin for almost 30 years and the Stolperstein (“stumbling stone”) sidewalk memorials to the individuals who were put into Nazi prisons and death camps. Berlin along with Germany overall seems to be facing its awful past by being open about the mistakes and taking many tangible and intangible actions to keep from making them again.

Seventy percent of Berlin was destroyed in the war, so vast areas (primarily in the former East Berlin) are still under reconstruction and most buildings are newer, but from time to time you do see some of the beautiful architecture of the 18th and 19th century. 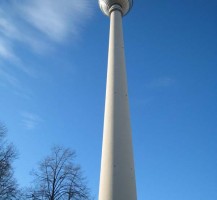 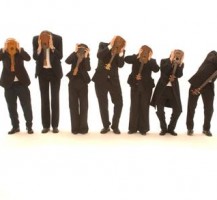 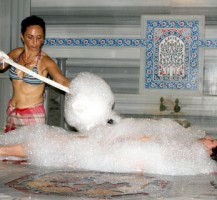 Berlin is a world-class city with over three million people and lots to see and do. We visited one of the main Berlin landmarks, the Fernsehturm TV tower, which at 368 meters or 1207 feet is the tallest structure in Germany and the tallest public building in all of Europe. Harrison tried to be duly impressed, but after years of working on TV and radio towers across the U.S. of up to 2000 feet as well as the broadcasting facilities on the World Trade Center and Empire State Building in New York City and the Sears Tower and John Hancock Building in Chicago, he found one area on this trip where Europe literally came up short.

Of course, we try to enjoy as much local culture and entertainment as possible, so one evening we decided to have the ultimate German experience: a dinner show performance by the Ukelele Orchestra of Great Britain! All seriousness aside, they pronounced it “you-kuh-lay-lee” rather than the correct “oo-koo-lay-lay”, and they weren’t ukulele masters like our fave Jake Shimabukuro from Hawaii, but they were very talented and a lot of fun.

Keeping with the (non) German theme, Sharene had a fantastic drei-Stunden (three-hour) experience at a Turkish Hamam… she went in not knowing what to expect, and came out a Hamam convert! Basically, you go into this large warm marble room and get a body wash and massage that leaves you limp as a wet German spaetzle!

Between Hallie, the Hamam, the history, and the Christmas lights, Berlin has been a great visit.

Even though Europe doesn’t celebrate the American Thanksgiving holiday, we continued our several-decade-long Thanksgiving tradition in this Week 43 of our “year-of-being-homeless” by listening to Arlo Guthrie’s Alice’s Restaurant, a memorable 1960s song about a Thanksgiving Day adventure. We hope everyone in the U.S. was able to give thanks in their own way.