Just a quick update before I send out my Sunday fun forwards. We’re on our 3rd week here and still not doing much but hacking away. It finally got so bad (three weeks at this point) that Harrison took me to the doctor last week for some antibiotics… but we are slowly getting out and about. Although Nyquil is still my new best friend and a box of tissues is ever by my side.

I missed it because I was too sick (although I did have a ticket), but Harrison got to see Tommy Emmanuel, a phenom guitarist he has been wanting to see for a long time and who was playing here in Seattle (for the first time in 20 years or something). I just happened to look at his site on Monday and saw that he was going to be here on Thursday. HK had to score some tickets through craigslist, but he got to see this amazing performer. Last night we went to a play at a local theater and I managed to find a seat that was far enough away not to piss anyone off with my constant coughing. Today we went out looking at open houses and areas, one of my favorite pastimes. Gorgeous homes here… I was in heaven. We had a wonderful dinner in a lovely area called Madison Park, right on Lake Washington. So all in all it was a nice weekend. 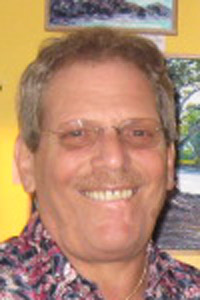 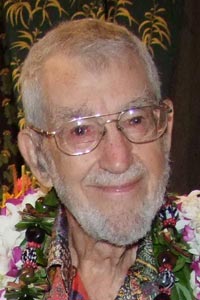 As many of you know, we lost a dear friend in Hilo this past week, Luigi Lichtenstein of Aloha Luigi’s Restaurant on Keawe Street in downtown Hilo. Luigi was a lovely man with strong spiritual convictions and a believer in the afterlife, not to mention a fantastic chef. His death was quite unexpected. If you know him, this coming Wednesday at 3 pm there will be a potluck at his restaurant to honor him; his staff will provide pizza and salad. Just a few days before Luigi died, another dear friend of ours, Walter Steiger (fondly known as the grandfather of astronomy in Hawaii), was killed on his moped. He was in his 80s and a very gentle, intelligent, and influential man. Two very special friends who will be missed.

That’s it from our end, except to say that we are marveling at the beauty of the northwest and the mountains and the views of the sound and the lakes. Tonight we were driving home to West Seattle at dusk and looked across the sound at the skyline of Seattle set against a perfect evening sky and it took my breath away. My camera couldn’t do it justice and I can’t even find a photo on the web to capture its magic. It looked something like the photo below but with all the buildings lit up, and you also got the view of the water in front which was like glass tonight. Simply beautiful. We feel very lucky to be here.

That’s it for now. Until later, stay healthy, be happy in what you do, and A HUI HOU!