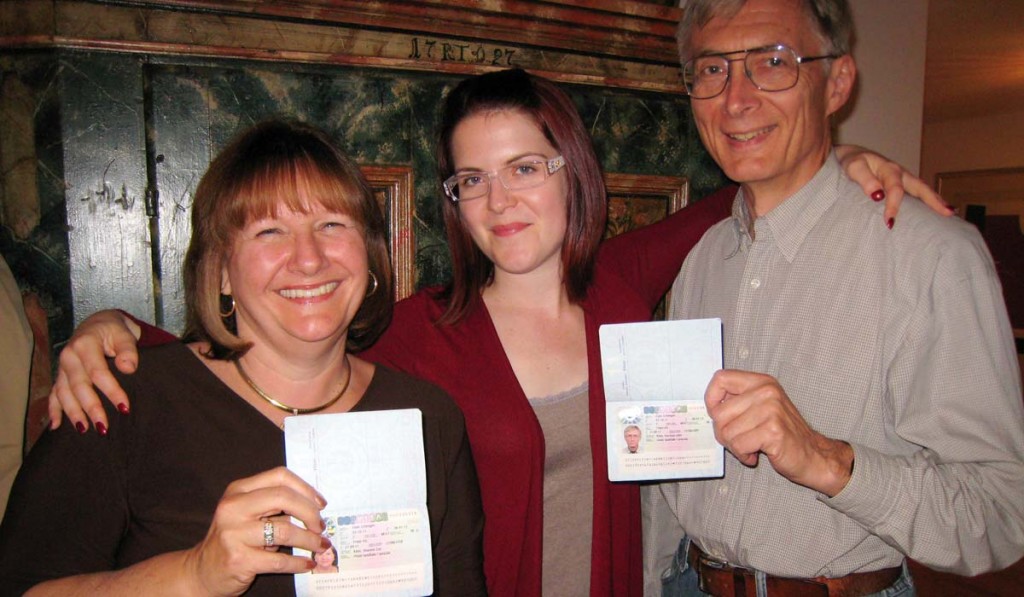 We left Amsterdam this past week and flew back to Switzerland for a few days to get our visas extended so we wouldn’t be considered illegal aliens!

After months of work on Amelia’s end talking with the Swiss immigration department, and loads of paperwork from us and Amelia, Switzerland decided we were not high-risk individuals after all (it took so long and so much effort, we aren’t sure what they thought), and in the end they granted us our requested 90-day extension beyond the standard 90 days of a tourist visa to the Schengen Area of Europe. Without Amelia’s efforts and perseverance, we’d be packing our bags and getting on a plane back to the U.S. right about now.

With that new page pasted in our passports, we are now legally able to stay in Europe as planned until the beginning of January 2012.

We won’t bore you with all the details, but if anyone is interested in spending more than 3 months in Europe… talk to us first! 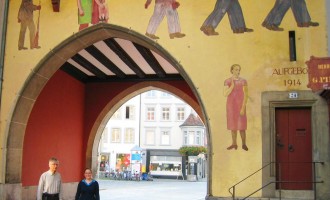 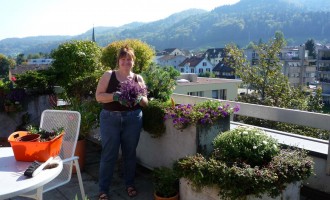 The immigration office is located in the cantonal capital of Aarau, on the Aar or Aare River of crossword puzzle fame. Amelia’s sister, Isabel, gave us a tour of that picturesque city and served as an effective translator and bureaucrat interface for us at the immigration office… thank you Izzy!

Sharene enjoyed some gardening on Sarah’s terrace in the wonderful Indian summer and had so much fun getting dirt under her fingernails again! (Note the mountains in the background… your first hint we are in Switzerland, not the Netherlands.) 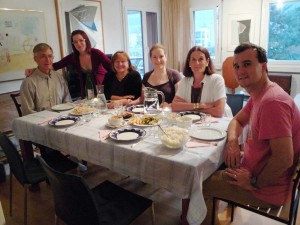 We ended our stay in Switzerland with a dinner party where we met Sarah’s sister Samantha, who had just arrived from New Hampshire for a visit.

Sammy entertained us all evening with her hilarious stories and great facial expressions. She’s a wonderful storyteller and we think she missed her calling as a comedian or politician!

Back in Amsterdam, Frank (or Captain Frank as we call him) invited us out on his boat for a canal ride on Saturday. The weather was a fantastic 75 degrees (that’s 24 C to the Europeans) and the canals were packed with boaters! We took lots of photos of all the traffic in the canals, but we loved this one of the houseboat… look closely and you can see that the “green” plants are actually upside down glass bottle sculptures. 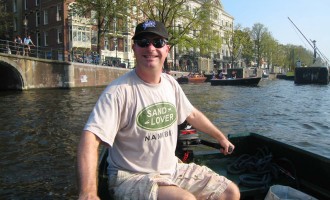 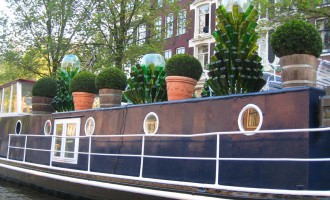 So another Sunday brings us to the end of another week. Although the sun is out, we can definitely feel the season changing into fall and it’s pretty exciting since we haven’t experienced fall for a long time.

Wishing all of you a beautiful autumn as we head into October.

A hui hou and mahalo Switzerland for letting us stay!