Fall Is Here As We Prepare To Say Goodbye—For Now 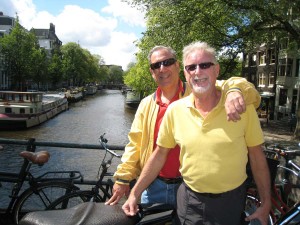 Michael and Peter on the day they gave us a tour of the neighborhood.

We have less than a week here in the apartment on the Amstel that we have called home for the last six weeks. We have lived in Michael and Peter’s Amsterdam home while they have been in their other home in Spain. They told us they had one of the best locations in Amsterdam and they were right! The view outside our door has been a constant show of boats, barges, and tankers, bridges going up and down, bicycles and people going by. The trees were all green when we got here and now they are showing their fall colors. It’s been a lot of fun, but now it’s time to move on to another adventure. We thank Michael and Peter for the opportunity to be in the middle of all the action!

Even though our time here is winding down, we sure filled the last of our days with something going on every night this past week! We really are waiting for the week when we write: nothing much happened this week… 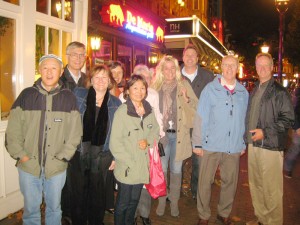 Lyn is just to the right of Sharene and Richard is on the far right. Merci you two!

Lyn and Richard (our friends from Vancouver BC featured way back in Week 13 of 52) came to Amsterdam for two days on their way to a vacation in South Africa. They treated us, their traveling companions, and their Dutch relatives to a fabulous rijsttafel (rice table) dinner, which means about 40 little dishes of Indonesian food for 10 people. It was great to see Lyn and Richard again and we enjoyed meeting everybody and making some new Dutch friends. 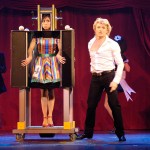 In this illusion he spins her head around about 5 times Exorcist-style… BUT HOW?

Hans Klok… magician, illusionist, entertainer, and amazing showman at the Carré Theater right across the Amstel River from our living room window. Everything he did was fast, fun, and left you wondering how did he do that???? Klok is Dutch but also performs in Las Vegas; if you get a chance to see him… GO! A very fun outing. Watch this quick YouTube clip and you’ll get an idea of his amazing talent! 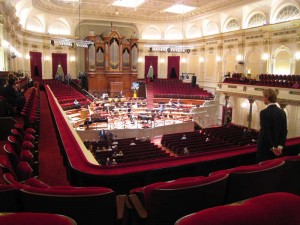 Our view inside the Concertgebouw before the Bolero performance.

Harrison fell in love with Ravel’s Bolero at a very early age and Sharene probably discovered it in the famous sex scene of the movie “10.” Together we’ve heard it countless times over the decades in recordings but never live, so we couldn’t pass up an opportunity to hear it performed in the Concertgebouw. Harrison got chicken skin (that’s “goose bumps” if you’re not from Hawaii) as the snare drummer began his quiet chant, and the almost painfully slow, sensual crescendo of the piece mesmerized us. We loved being able to watch each soloist create those familiar phrases. When the piece reached its glorious climax, Harrison was reminded of the famous review after the Paris premiere of Bolero in 1928, “If he had gone on for another beat he would have had to marry the girl!” 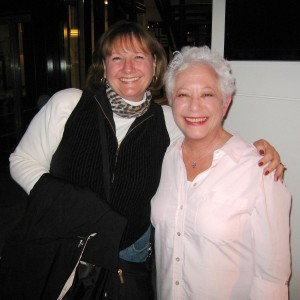 A very emotional evening for Sharene.

Remember Society’s Child and At Seventeen? Well, Janis Ian has been one of Sharene’s favorite musicians for the past 40 years. (And Sharene only has about 5 favorites…) So when we heard she was performing in Holland, we had to go! We took the train to charming little Zaandam, near Zaandijk where we visited in Week 25, and heard Janis put on a fantastic performance with a standing ovation. After the show she graciously posed for a photo. Sharene looks happy for two reasons… she got to meet this talented woman whose songs she knows by heart and she found someone in Holland who is shorter than she is! 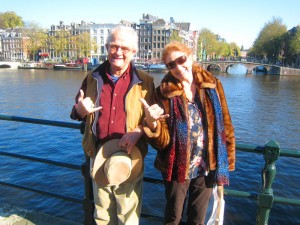 We almost didn’t recognize our friends and Big Island neighbors Lance and Erica. The last time we saw them they were hosting a going-away party for us in Hawaii last January and wearing substantially fewer clothes! We have to say it was pretty cool to have our neighbors visit us here from half way around the world. We had a nice visit with them over the last couple of days and gave them a tour of some of Amsterdam’s highlights including a walk through the Red Light District… no guys, you aren’t in little Hilo anymore! 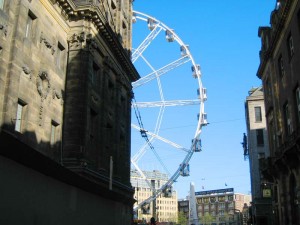 Over the next few days we’ll pack up our things and head off to Germany for a while. But who knows what we’ll miss in this fascinating city while we’re away? Just the other day we were walking by the Royal Palace and what did we see? An amusement park created in Dam Square with a mega-ferris wheel and roller coaster! This is a city where the fun never stops… We’ll be back, Amsterdam!