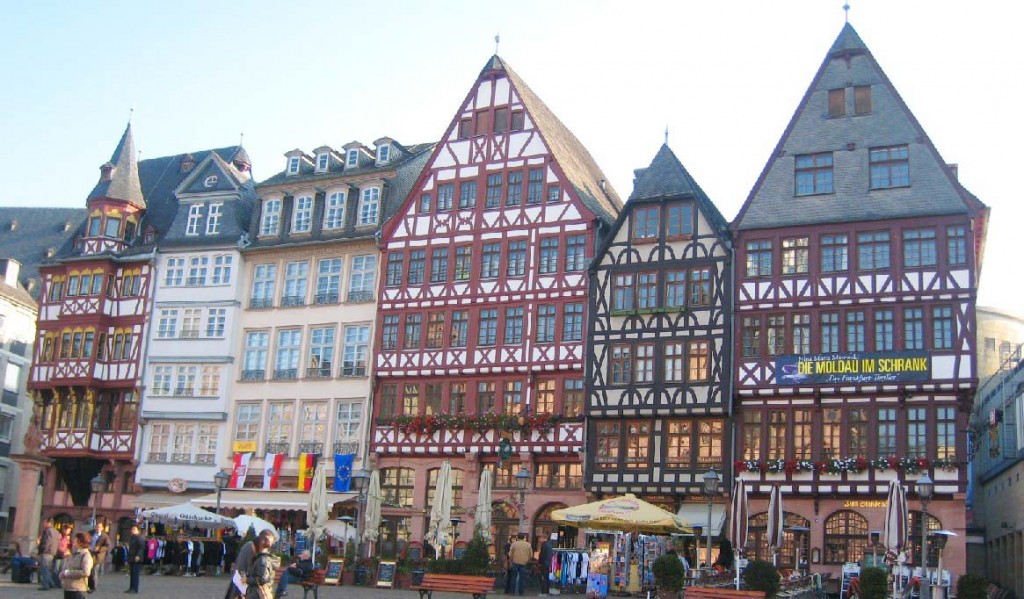 We arrived in Frankfurt, Germany, last night on the ICE (Inter City Express) train, which is the German version of the high-speed trains that run throughout Europe. Once you travel on one of these trains, you will never want to go through a TSA line or board an airplane again! Such a nice ride and so civil. This morning, Frankfurt welcomed us on our first full day with blue skies and fantastic crisp autumn weather as we made our way through some of the museums.

In pretty much every museum, some of the exhibits are breathtaking, moving, surreal; some are really interesting, odd, quirky; and then there are those that simply leave you scratching your head. Today we saw all types! Now we don’t have art backgrounds, so we often have to rely on our artist friends to come up with something redeeming about large pieces of stuff that a museum is trying to pass off as art. But we can’t help wonder how the “artists” who created the three items below convinced the head of a world-class modern art museum in a large cosmopolitan European city to give up some of its precious museum space for them. Keep in mind, each piece takes up either an entire room or at least an entire wall or large floor space. (And there were a lot more than three pieces like this!) 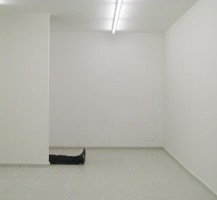 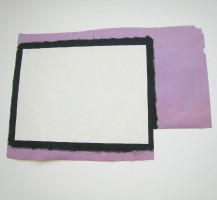 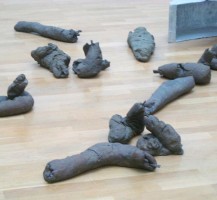 But we also saw things that we found very interesting. The first photo below shows an exhibit in which projections of a moving elephant appear on two giant translucent screens along with the viewers’ shadows. The second photo shows a beautiful sculpture made up of 100 or so thin plastic slits suspended between floor and ceiling with tiny parallel wires. The artist simulates a scene and its reflection almost as if it were a mirage. The third photo shows how thin the plastic pieces are. 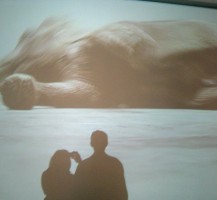 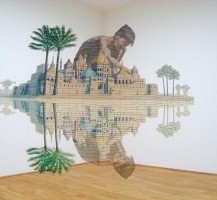 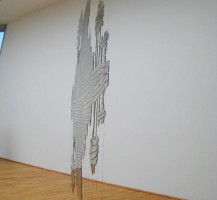 A beautiful walking bridge crosses the River Main between our apartment and the art museum. We have started noticing an apparently very popular fad in which bridges are becoming covered with hundreds or even thousands of padlocks. The locks display names and sometimes dates and even slogans, the idea being that lovers put their names on the lock, lock it to the bridge, and throw the key in the water to express their eternal love for each other. At least until they break up, when we’re waiting for the bolt-cutting fad to begin! This must be a whole new business opportunity for lock manufacturers! 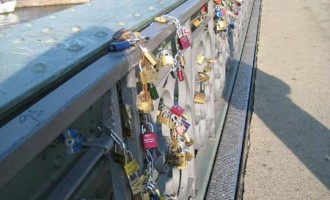 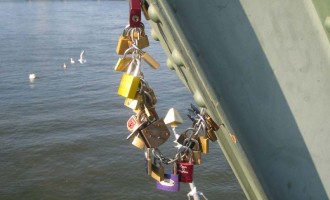 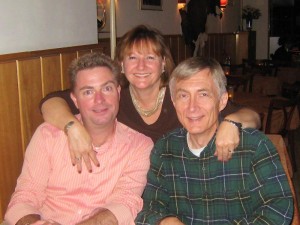 We did have one last celebration in Amsterdam before we left: Sharene’s 58th birthday (and she thanks everyone for all the good wishes).

We couldn’t think of anyone we would rather be with on one of our last nights in our new most favorite city than our dearest Amsterdam friend Frank. He has been the best and most helpful friend anyone could have. It was a nice evening and don’t worry, Frank… we’ll be back soon! 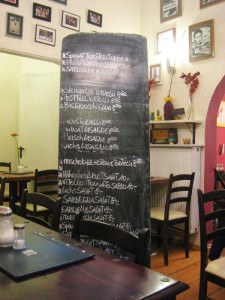 While there are lots of American fast food restaurants in Europe, such as McDonalds, Burger King, KFC, and Starbucks, you don’t see the bigger American chain restaurants like Applebee’s, TGI Friday, Olive Garden, etc. But what you do have every 100 feet or so in every big city is some cute little local bistro. Tonight we ate at a charming little place and asked for the menu… this is what they brought us!

We hope everyone is having a great October. We’ll check in next week.

Until then, Auf Wiedersehen,