Family in the Midwest 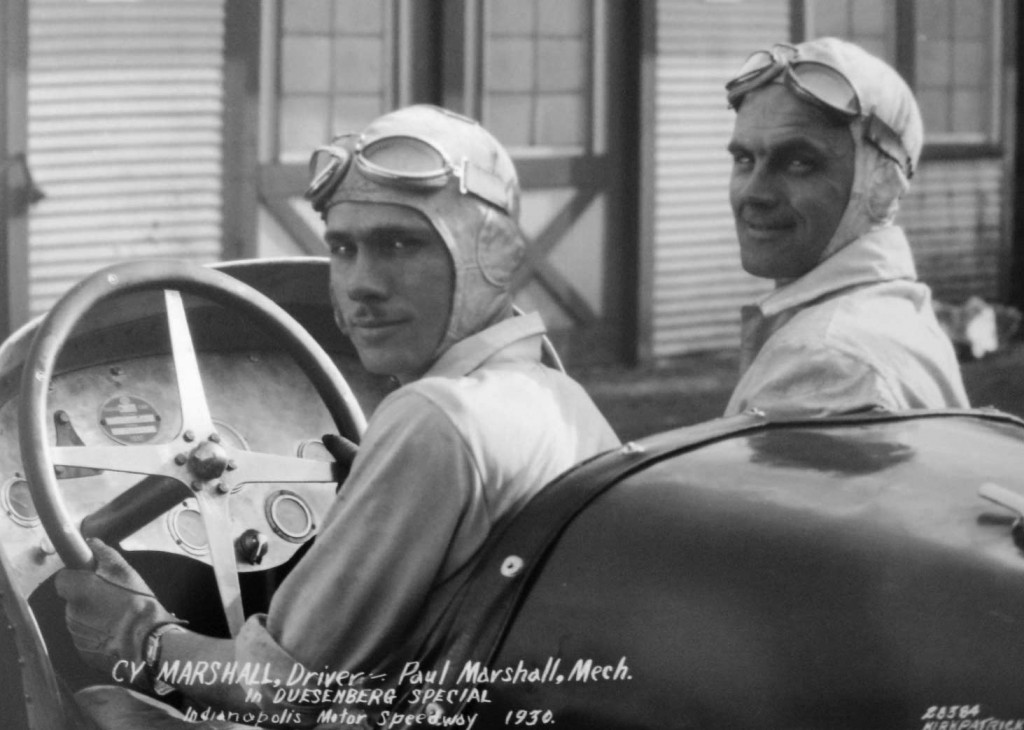 We didn’t plan this, but we found ourselves at the Indianapolis Motor Speedway during race week, and by some interesting coincidences, we discovered the details of some family history. A few trivia questions first:

If you didn’t know all that (particularly the last item), welcome to the club! This was one of those serendipitous situations… We came to Indianapolis for one reason only: to visit Harrison’s cousin Jean. Her son, Greg, invited us to his Tower Suite at the Speedway to watch the qualifying trials on May 21st (the Indy 500 is next weekend). Thousands of people attended this event and because Jean’s family has had a suite for many years (it’s similar to a luxury box at a baseball field) we received lots of special treatment and of course had a great view.

When we arrived in Indianapolis, Sharene recalled a vague memory of some family member who was killed during the Indy 500. Thanks to Google we found the sad story of her great uncles, brothers who crashed during the 1930 race. Uncle Cy Marshall was the driver and lived, but his brother, Paul, died. Cy returned to Indy 17 years later to race one more time. We visited the archives at the Indy 500 museum right on the track and found the above photo.

Had we not come to Indianapolis on this particular weekend, had Jean’s son not had extra tickets and invited us along, and had Sharene not remembered this story told by her mother long, long ago, we would have missed this interesting connection. 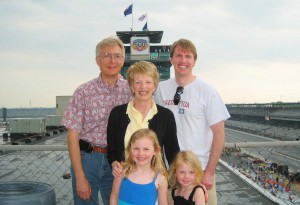 We also had a wonderful visit with Jean and her family on and off the track. Jean is a fascinating woman whom we have always admired. When she turned 50, she made a life-changing decision to solo-hike the Appalachian Trail. Her letters from the Trail became an inspirational book, There Are Mountains To Climb, and she began a second career as a speaker and hiking guide. She still hikes regularly and had just returned from a hiking trip when we arrived. 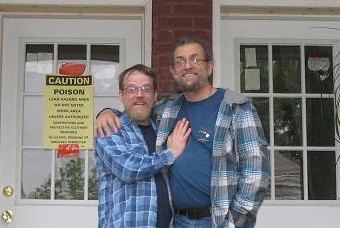 Any trip across the US would not be complete without a stop in Granite City, Illinois! A bustling metropolis across the Mississippi from St. Louis with at least one good restaurant. Sharene’s nephew John and his partner Junior pose in front of the new front doors of their home, part of a big renovation. We were so happy to see them doing well after a rough few years. 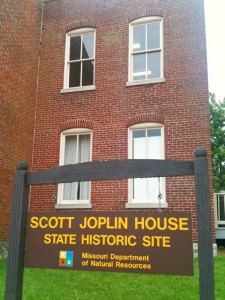 Here’s another trivia question for you: who wrote the music for the movie, The Sting, including its most famous tune, The Entertainer? If you thought it was Marvin Hamlisch (who won an Academy Award for that music), you’re in good company but you’re wrong! For The Sting, Marvin Hamlisch adapted music written by the King of Ragtime, composer Scott Joplin, arguably the greatest composer of the first truly American popular music.

As a great lover and sometime player of ragtime, Harrison couldn’t get this close to St. Louis without making an emotional pilgrimage to the Scott Joplin House, where Joplin lived for several years and composed several of his most famous rags, including The Entertainer. Besides the music, this home is one of the few physical artifacts remaining from Joplin’s life. 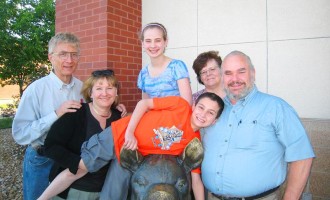 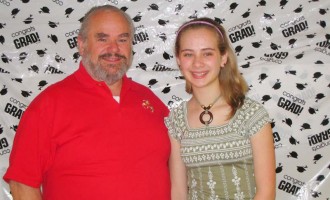 Our recent destinations have all been about family. We left Harrison’s cousin Phil in Des Moines last Monday for Kansas City, home of Sharene’s brother David and his family. David’s house is a cacophony of energy. Their huge, wiggly basset hound Lady greets you first, followed by Nathan, an energetic and chatty 8-year-old. Then appears Jocalyn, a lovely, poised 13-year-old who is very charming (as long as it’s not morning). David directs traffic for all that needs doing, including getting kids off to school and keeping track of who is going where with whom, while answering phones and emails since he works at home and is always juggling lots of balls. Luckily, Betty, his girlfriend, is calm and unflappable through it all and brings a bit of saneness to the house!

We really want to thank them for a lively few days, the great tour of Kansas City — a beautiful city of fountains, jazz, and charming outdoor shops — and a wonderful meal at The Majestic, an old downtown Kansas City restaurant with rich woods, good food, a talented early jazz piano player, and a very cool mural on the wall.

After four family stops we say goodbye to family for a while as we leave the Midwest. This week we head to Dayton and Cleveland, Ohio, and Buffalo and Niagara Falls, New York. We’ve gone from winter to summer in two weeks and we love finally seeing green rolling hills and fabulous green trees. And we’ve made it to the Eastern time zone, where we’ll remain until we leave for Europe.