“There Is No Bad Weather…” 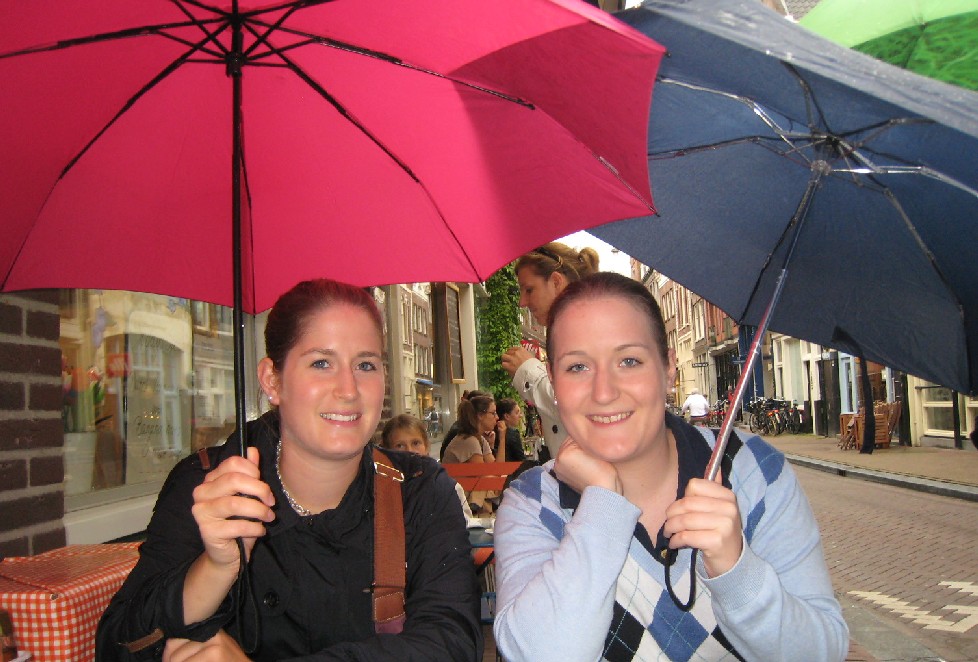 Great advice from two wonderful young ladies who have traveled more miles than most 25-year-olds. Lucky us, we were graced this past week with a visit from Hallie and Isabel, two of our three “adopted daughters” from Switzerland.

We tried and tried and tried and to find some fault with these two, but we just couldn’t see any, no matter how close we looked. They were full of life from the moment they stepped through our door. Even when we went to our favorite restaurant in the rain and found it closed, and the houseboat museum closed, and one of the canal houses closed, and the Van Gogh museum packed… (guess that’s where all the people went!), these two just twisted and turned and we went on to Plan B or C.

These twins are much more than savvy travelers. Between the two of them they speak Swiss German, German, English, French, Spanish, some Italian, some Russian, and Izzy even sings in Elvish with the Lord of the Rings! Oh yes, they are both accomplished musicians: classical piano, cello, a cappella; Izzy even picked up Harrison’s ukulele every free moment while she was here to see what this little instrument could do. They both play lacrosse in what spare time they have; in fact they had a game right before they hopped on the flight to Amsterdam! Hallie is in her last year at the University of Zurich studying psychology, and Izzy works for PricewaterhouseCoopers as an auditor and is also going to school to complete the Swiss version of a CPA.

Besides being beautiful, smart and charming, they know how to have a lot of fun. One night we went to a comedy club where Izzy was called up on stage and entertained the audience with an a cappella Beatles song, all impromptu and just as poised as can be. And check out the photos of our trip to Madame Tussauds; these two were not going to stay out of the picture. Shy they are not! These are just a few of the 30 or so photos we took of them in every corner of this very fun place overlooking Dam Square in the center of the city. 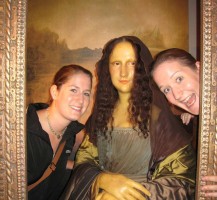 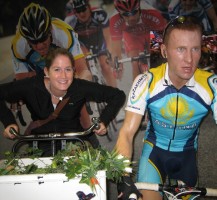 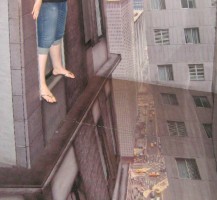 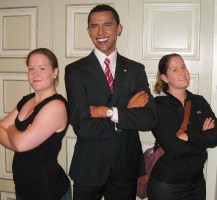 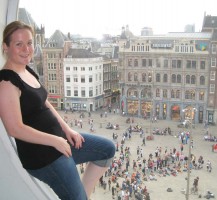 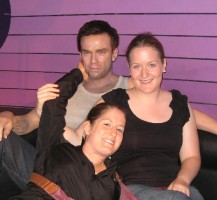 In bed with Robbie

We don’t focus much on politics in these updates since you already get more of that depressing topic on a daily basis than you probably want. But since we just showed you a photo of President Obama, we wanted to insert a serious note. Most of our readers know we supported Obama in the last election, so naturally we have been sorry to see so little progress made in addressing the many problems faced by the U.S. One of Harrison’s best friends from MIT, Paul Schindler, has been writing a weekly blog called P.S. A Column On Things since long before they were even called blogs. Paul’s blog recently had a reference to an excellent commentary about Obama by Drew Westen called “What Happened to Obama?” Westen’s article does the best job we’ve seen of explaining the ambivalence many Obama supporters like us feel about his time in office. 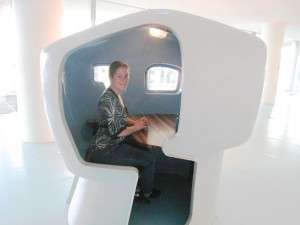 Izzy sitting in her own private work pod at the library.

We even had fun with Hallie and Izzy at the amazing Amsterdam Public Library! Hallie kept saying she wanted to show us the library, and we were, to put it mildly, blown away. This is a six-story, truly state-of-the-art facility. It has a huge inventory of books plus every modern digital convenience, along with places to read, study, work, and even practice on a silent piano (with headphones). The top-floor restaurant has an incredible view looking back to the city. Thanks, Hallie, for encouraging us to go. Harrison’s mother, Agatha — a forward-thinking career librarian — would be impressed by the library and pleased to see young people who value it. 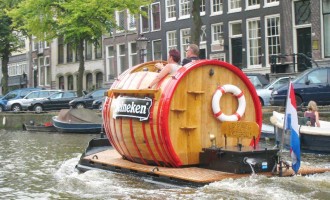 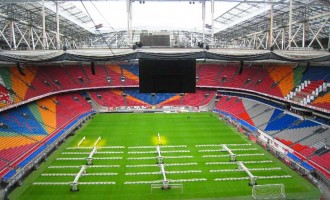 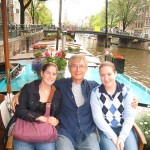 We managed to get in another canal bike ride (we also did that when Cathy was here several weeks ago), and as you can see above left, you just never know what you will see in this city! Hallie made a trip out to the AJAX (pronounced i-yaks) soccer stadium, which is to the Dutch what Yankee Stadium is to New Yorkers. She didn’t get to see a game but she took a tour.

And we finally did make it to the houseboat museum where Harrison looks very happy posed with two of his favorite women. 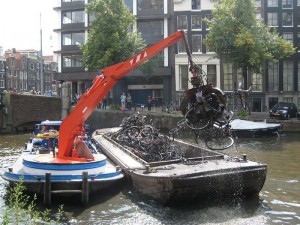 When the crane operator pulled up this large “catch,” the crowd started applauding; he stood up and took a bow!

The underbelly of Amsterdam doesn’t have much to do with organized crime, excessive drug use, or corrupt government, at least as far as we can see and have read.

But there is a dark side… the huge number of bikes that get dumped in the canals! We just happened to run across this barge, which never moved from this spot in the 10 minutes we were there and kept bringing up loads and loads of bikes from the bottom of the canal. It was pretty shocking to see. We just wondered who does this and why do so many end up this way?? 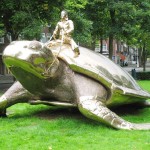 But to offset what’s lurking in the bottom of the canals, there is art everywhere! This is just one piece from an outdoor sculpture exhibit the city promoted during the summer months. You could take a 2.5-km sculpture walk and see lots of whimsical, interesting art without even stepping foot in a museum.

Here we are on our last day at one of the canal house museums. Thank you Hallie and Isabel for sharing Amsterdam with us! It seems very quiet here without you…

As we write this it is Sunday afternoon in Holland, about the time the East Coast is getting pummeled by Hurricane Irene. To all our readers there, and especially to Sharene’s nephew who is a pilot and flies all over the East Coast, we are thinking of you and, well, we guess there really is bad weather no matter the attitude or clothes. We hope by the time you read this, the worst has passed without much impact.

A hui hou and tot de volgende week!Sharene and Harrison